This is an example of why we support labor-friendly candidates, which pays off!

Reprinted from the Delco Times:

Hector Mayorga Gordon, 45, of the 3700 block of Marshall Road in the Drexel Hill section of the township, is facing more than 100 counts that also include making false statements, witness intimidation and theft.

“My office is committed to sending a message to business owners throughout Delaware County – and throughout the commonwealth – that worker misclassification is a crime,” Stollsteimer said in a release. “Worker misclassification is a form of theft: It deprives the commonwealth of revenue, but even more significantly, it deprives workers of the protections that our laws are intended to provide.”

A 2010 law known as the Construction Workplace Misclassification Act criminalizes the misclassification of employees as “subcontractors.” The law requires that independent contractors be truly autonomous, with their own businesses, performing tasks for the contractor on an “arm’s-length” basis for contractual payment.

Mayorga Gordon, the owner of Hector Mayorga Construction, allegedly ignored these employment regulations and misclassified his workers as independent contractors in violation of that law, paying them a flat daily rate without deducting any taxes.

He housed workers and provided them with transportation to and from work sites, provided all tools, and directed all work either himself or through a foreman, the release says.

One such employee, identified as “Victim #1” in an affidavit of probable cause written by county Detective Edward Rosen, stated that he performed general labor, carpentry, drywall, roofing and painting for Mayorga Gordon’s company in 2019 and 2020.

“Victim #1” said he is an undocumented alien from Honduras and that none of Mayorga Gordon’s employees are in the country legally. He paid Mayorga Gordon $1,500 monthly rent to live in an Upper Darby residence and Mayorga Gordon drove him to work, the affidavit says.

Mayorga Gordon allegedly posed as the brother of “Victim #1” to call him at the hospital, telling him to give a fictitious name and not to mention the name of his employer. The man refused, according to the affidavit, and provided his true name. He was released three days later, but had to return for another three days soon afterward. Mayorga Gordon allegedly told the man that if he was going to go back into a hospital to call him and he would take “Victim #1” to a different hospital.

When Mayorga Gordon refused to pay for the hospital bills, “Victim #1” filed a worker’s compensation claim, according to the affidavit. Mayorga Gordon allegedly contacted “Victim #1” after receiving a letter from the Worker’s Compensation Bureau and said he would “do what he has to do” if the two could not come to an agreement. This allegedly included threats that Mayorga Gordon knew where the man’s family lived and would kidnap his father, and that he would have “Victim #1” deported.

Rosen investigated the company’s finances and found Mayorga Gordon failed to pay approximately $50,000 in worker’s compensation premiums between January 2019 and January 2022, according to the affidavit.

Rosen also interviewed five people who identified themselves as employees of Hector Mayorga Construction, all of whom said they are in the country illegally and were paid $120 per day by cash or check, but do not pay any taxes or insurance.

During a subsequent interview, Mayorga Gordon allegedly admitted that he is aware most of his employees are here illegally and that he does not deduct taxes for them. Mayorga Gordon initially said none of his employees had been injured, but did acknowledge “Victim #1” was injured after he asked about the Worker’s Compensation claim, according to the affidavit.

Rosen additionally confirmed with State Farm that Mayorga Gordon does not carry workers compensation coverage on his policy, the affidavit says.

“Our message is simple: Protect your workers by complying with the law,” said Stollsteimer, whose office prosecuted the first worker misclassification case in the state in 2020, despite the law being on the books for a decade.

“In our two years in office, we have pursued several misclassification cases, and with the support of the Fair Labor Section of the Attorney General Josh Shapiro’s office, we will continue to investigate and hold companies who cheat Pennsylvania workers criminally accountable,” he said.  “I want to commend Criminal Investigation Division Detective Edward Rosen for his efforts in building this case, and the work of Deputy District Attorney Douglas Rhoads and Assistant District Attorney Elizabeth Schneider, Chief of the Economic Crimes Unit. In addition, I want to thank Attorney General Josh Shapiro and Chief Deputy Attorney General Nancy Walker for their support in bringing today’s charges.”

Congratulations to our graduating class of 2021!

We salute you and recognize your tremendous hard work and determination!
We wish you all the best in your future endeavors. 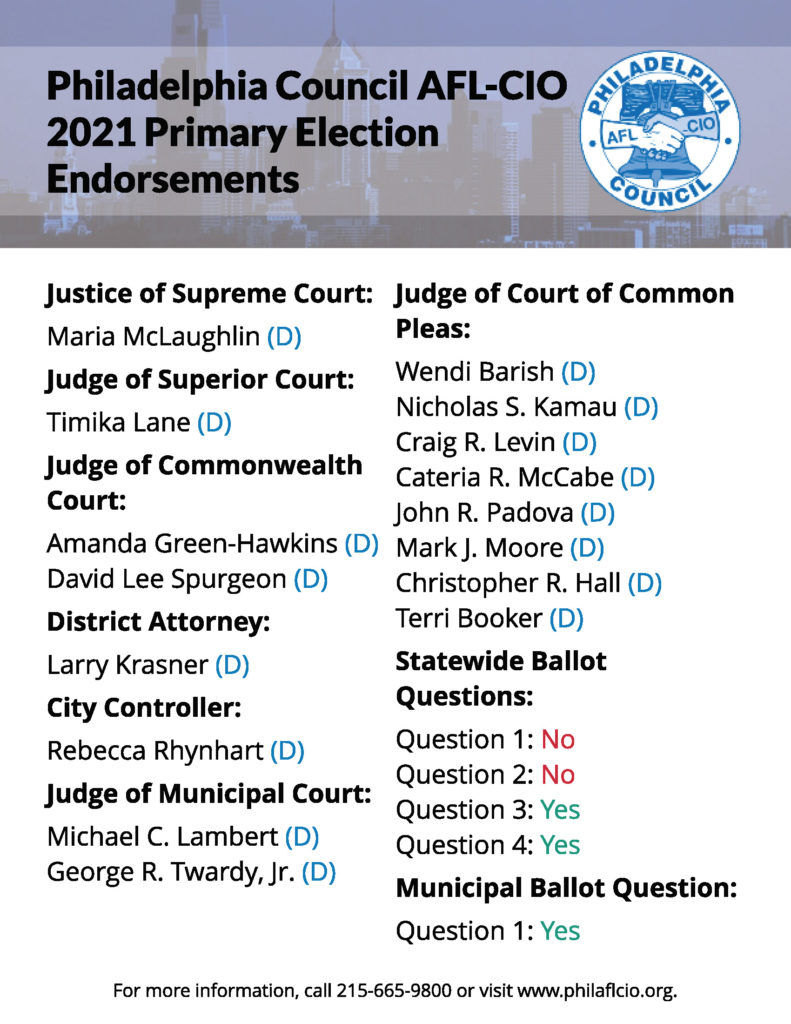 About Roofers Local 30:
Roofers Local 30 was founded in 1908 as part of the United Union of Roofers, Waterproofers, and Allied Workers. Today, our 1,353 Local 30 members, from Philadelphia to Baltimore, join the ranks of over 22,000 roofers nationwide.
For our members and those looking to enter the trade, we offer apprenticeships, courses to improve your skills, safety training, health and retirement benefits, and a union brotherhood and sisterhood. Our contractors get access to a workforce trained in industry-leading methods, so the job gets done right.

A chance encounter with the Roofers Local 30 apprenticeship program in 2016 changed this single mother’s life for the better.

Jessica Perez, 28, is a testament to how much hard work and dedication pays off. Stranded with no financial support for herself and her then two-year-old daughter, Jessica struggled to land even low-paying jobs. In the process of applying for food stamps in 2016, she came across and got enrolled in an apprenticeship program which was organized by Roofers Local 30 in conjunction with Goodwill, Maryland chapter. She is now a licensed roofer earning industry leading wages and enjoying full benefits as a union member. She continues to make noteworthy strides in the male-dominated field and is grateful for unexpected opportunities like the apprenticeship program.